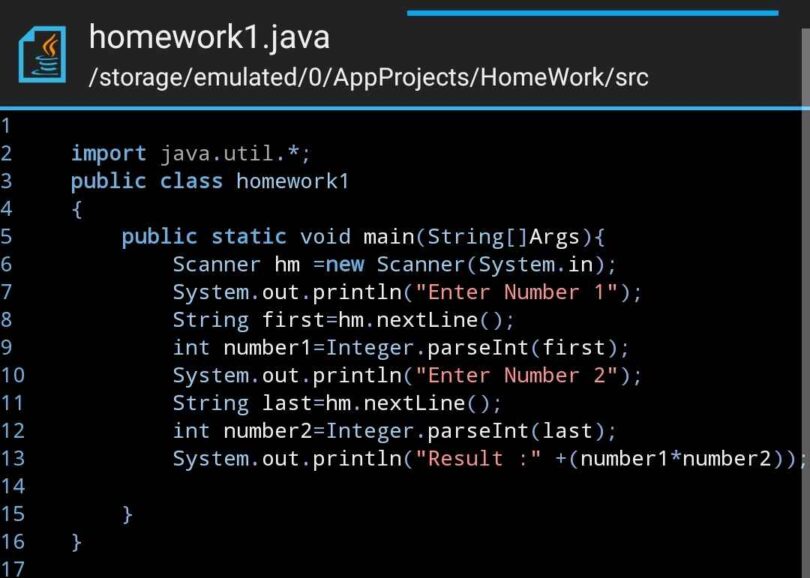 1.Object-An object is any entity that has state and behaviour. A chair, pen, table, keyboard, bicycle, etc. are a few examples. An instance of a class is one way to define an object. An object occupies some memory space and has an address.

2.Class-A class is a blueprint to create an objects.

3.Polymorphism-Polymorphism is the term for when a single task is carried out in various ways.

4.Inheritance-Inheritance is the process by which one object takes on all of the traits and characteristics of a parent item. It allows for the reuse of code.

5.Encapsulation-Encapsulation is the process of combining data and code into a single entity

6.Abstraction-Abstraction is the practise of displaying functionality while concealing internal features.

There are multiple Applications of Java

1.You can work on Java in any platform (winow/linux/mac etc)

2.It is most powerful Computer Programming language.

3.It is Open Source platform where you can write your code and execute the code.

4.Most Secure and fast Programming Language.

5.It is an Object Oriented Programming Language and also allows the code to be reused.

public -It is an access modifier that describes who and from where the method can be accessed.

static-The static nature of the main() method allows JVM to call it without first creating the class.

void-The return type of the main() method is void because it doesn’t produce a result.

There are 8 Data Types which I will describe below.

5.float which stores fractional number from 6 to 7 decimal digits

7.boolean which stores in True/false value

Types of Casting in JAVA

Types of OPERATORS in JAVA

OPERATORS IN JAVA are used to perform some operation in programme

These are the Operators which we can perform  in JAVA Programming language.

2.ASSIGNMENT OPERATORS-It is used when we assign values to variables.

3.COMPARISON OPERATORS-It is used when we can compare two values

String in java basically means when you write collection of character in a single quote.

Strings can be combined by using the + operator between them.

1.Math.max(x,y)-The largest value of x and y can be determined using the Math.max(x,y) method.

2.Math.min(x,y)-The lowest value of x and y can be determined using the Math.min(x,y) function.

3.Math.sqrt(x)-The square root of x is returned by the Math.sqrt(x) function.

4.Math.abs(x)-The Math.abs(x) method returns the value of x that is absolute and positive.

5.Random Numbers-A random number between 0.0 (inclusive) and 1.0 (exclusive) is produced by the Math.random() function

If you talk about boolean expression in JAVA , it means that you’ll require a data type with just one of two possible values in terms of TRUE/FALSE,YES/NO,ON/OFF.

WHILE CONDITIONS IN JAVA

The while loop executes a block of code repeatedly while waiting for a certain condition to be true.

FOR LOOP CONDITIONS IN JAVA

You can exit a loop by using the break command

Arrays are used to hold numerous values in a single variable.Use square brackets to define the variable type when declaring an array.